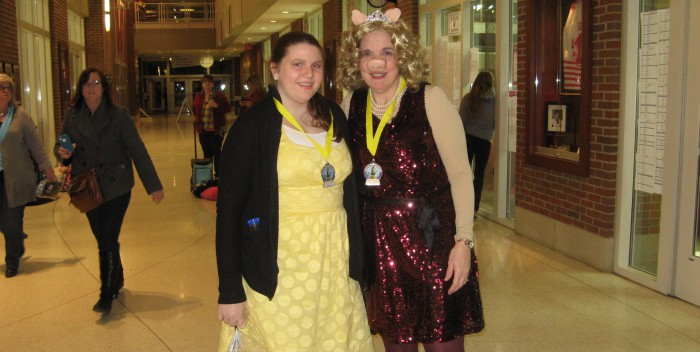 A skating mom shares how she went from supporter and spectator to participant! 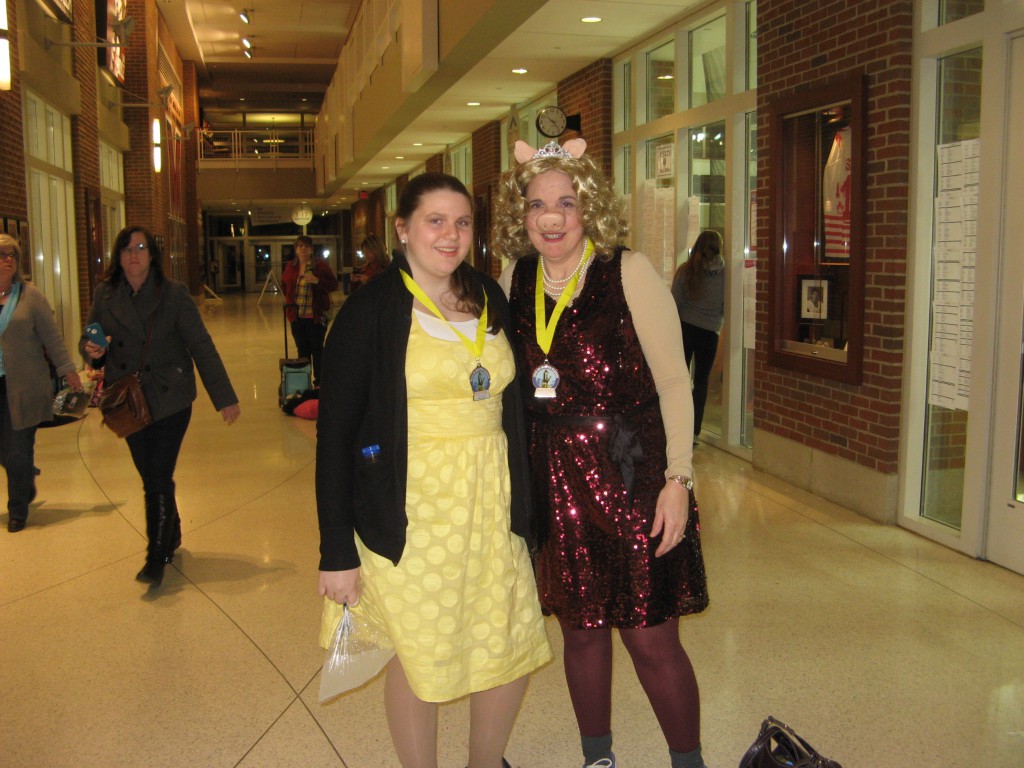 There were still several hours before I needed to get ready for my event, but as I sat there in the practice arena audience I suddenly felt flush and panic began to take hold of me. What had I let my daughter talk me into doing?

My 15-year-old daughter, Erin, had been taking skating lessons at Herbert Wells Ice Rink in College Park, Md., for about four years. After her first season of lessons, I decided to take classes myself. As long as I was going to be at the rink all the time, I may as well skate too, I thought. I was already able to glide around the ice and do something of a crossover, but I figured it would be fun to learn a little more and get some exercise. Those were all the aspirations I had. Never did I foresee a future that included competing on any level, never mind a national event. Yet there I was, at age 51, sitting at Goggin Ice Arena awaiting my turn to participate with my daughter in the 2013 ISI Winter Classic later that evening.

Erin had convinced me to do a family spotlight with her. We had decided to perform “Me Party” from The Muppets. She would portray the human character, Mary, and I would depict Miss Piggy. Later that evening as I sat in the locker room in my red sequined dress, and my Miss Piggy nose and wig, trying to steel my nerves, a cute 8-year-old girl and her mother approached me. “Hi!” said the little girl with a big grin on her face, “I’m Miss Piggy too!” As we talked, I learned that she would be doing a character spotlight to “Dance with me Kermie” the following afternoon.

Later, as I sat outside the lower entrance to the practice arena prior to my event, I noticed a group of older teens dressed as various Muppet characters, and then I heard, “Hi Miss Piggy! I’m Miss Piggy too!” A teenage girl with a broad grin stood in front of me wearing a pink, sequined dress and the infamous Miss Piggy wig and snout. We chatted a few minutes and then wished one another luck. As she walked off toward the Cady Arena with her group, I felt like I had bonded with my fellow Miss Piggys and wasn’t feeling quite so nervous.

It wasn’t long before my daughter and I were on the ice warming up. I heard one of our team members call our names, but I wouldn’t look up. I had performed on stage before, so being in front of people wasn’t a problem for me, it was the fact that I was doing something I didn’t feel completely confident in doing that frightened me. But it was time and it was happening!

We were the first of four mother-daughter family spotlights. Our team coach encouraged us to have fun as we stepped onto the ice and set up our props. Unfortunately, in the very beginning of our routine, Erin was coming up from a lunge and her foot hit a divot in the ice and she went down hard on her right knee. She spun around, but got up and continued. I could see the pain etched in the expression on her face. She also seemed confused, unsure of what to do next since she was unable to do her arabesque, inside spread eagle or the jump she was supposed to do. I found myself trying to play up my part of comedic relief while simultaneously trying to encourage her by talking her through what to do next. Although her knee was hurting, she kept skating. We were thrilled that despite it all, we still earned enough points to place fourth. I am proud of Erin. This was not only a first for me, but it was also her first competition, too.

Erin’s knee was tender and bruised and although she was unable to skate the next day with her teammates in their Olympic-themed small team production, we were in the stands to cheer them on. I also helped other parents with the props for the team event. In spite of Erin’s misfortune, we both had a fabulous time and look forward to our upcoming local and district competitions. If I could get through our routine at a national level with my daughter getting hurt, I most certainly should be able to get through smaller local events.

In the end, I’m glad my daughter talked me into participating with her — what fun memories we are making together! And when all is said and done, at 51, I am not ready to stop pushing myself and learning new things. I told my daughter that she’s going to keep me young.

Robin and Erin went on to perform their routine in three more competitions, winning first place at Bowie Ice Arena’s annual Valentine’s Invitational in 2013. Next, they joined The Rusty Blades synchro team affiliated with Herbert Wells Figure Skating Club. They have performed with the team in various ISI local and national events. Robin considers herself an Adult intermediate who could “probably only pass Alpha.” Erin is now a Freestyle 3 skater, working on passing Freestyle 4. Her goal is to become an ISI instructor and coach. She volunteers with the learn-to-skate program and has organized ensemble teams. 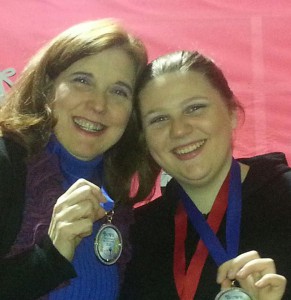 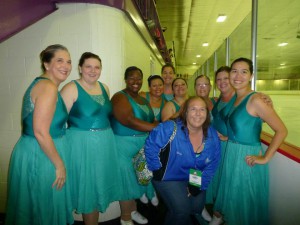 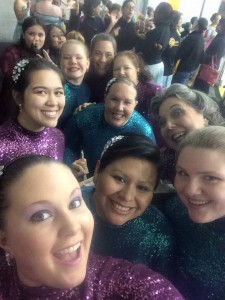 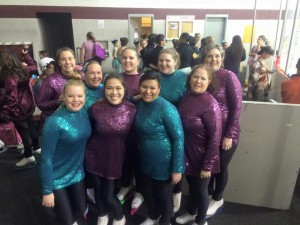