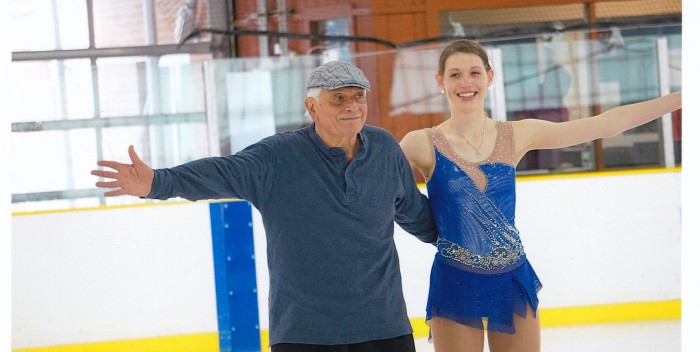 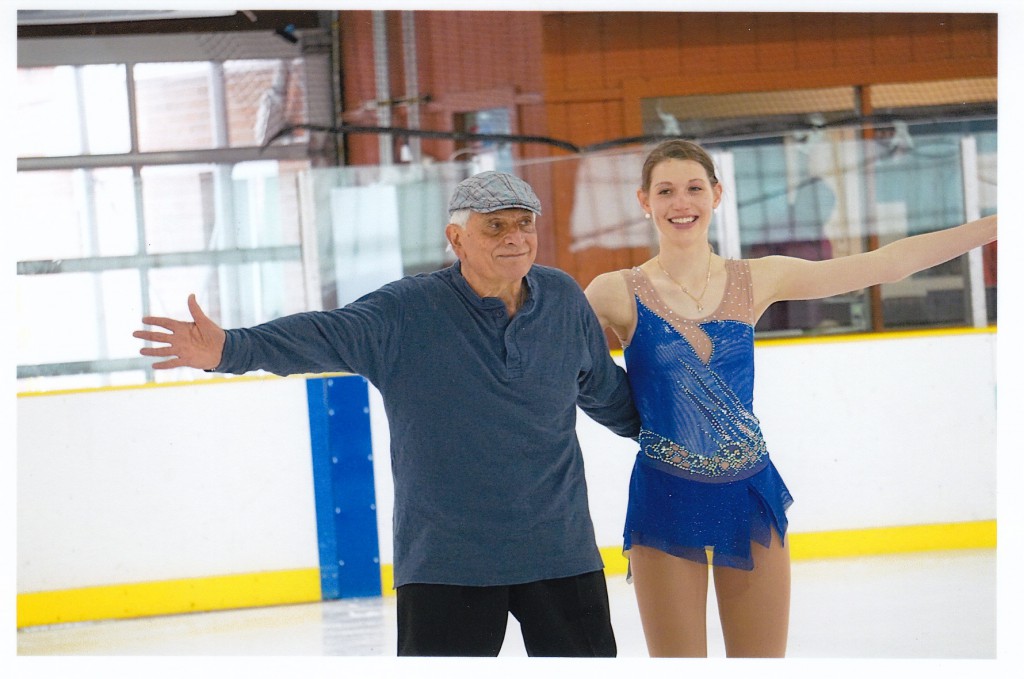 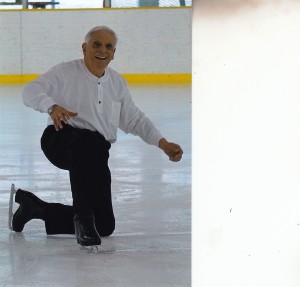 Tony, after skating to “Parisienne Walkways.” 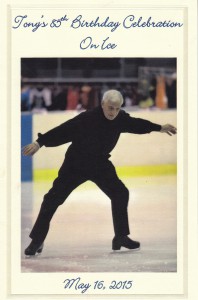 I am an 86-year-old figure skater, who started skating at the age of 67, after a career as a pharmacist and pharmaceutical chemist.

I was always a fan of figure skating, but the long hours that my career demanded kept me off the ice. When I retired, I read “Figure Skating” by John Misha Petkevich, bought a pair of figure skates and took to the ice. My passion grew as my skills developed, skating at the Parkwood Rink in Great Neck, N.Y. There, I was on the ice with a young skater named Emily Hughes. Watching this young skater practice served as inspiration for me. It was obvious that she was an outstanding talent!

I skated three times a week and taught myself to spin, do single jumps and soon, I was choreographing my own skating programs. I passed by bronze test and ventured to Lake Placid for a week of adult skating. I skated my first exhibition there to Andrea Bocelli singing “Time to Say Goodbye.” The following season, I competed at the Cantiague Trophy Competition, and over the years I competed at Parkwood, The Worlds Fair Rink and at the St. Louis Skating Club Gateway Invitational. I also introduced my graddaughter Maddy Conte Thornton to figure skating, and she took to the ice with the same passion that I developed. She just completed her sophomore year at Dartmouth College and is a member of the Dartmouth Figure Skating team.

As the years passed, I became friendly with Emily Hughes. One of my avocations is oil painting, and I painted a portrait of both Emily and her sister, Sarah, the 2002 Olympic champion. When I turned 75, I decided to celebrate my birthday with an ice show. Emily was the headline skater. The cast included me, Maddy and some adult friends. My grandson, Bobby, and my granddaughter Tesea accompanied him on the piano. It was a wonderful event.

Over the next five years, I continued to skate and Maddy was really progressing, doing axels, double jumps, etc. She competed as a novice in the National Southwestern Regional Competition. In 2010, we again celebrated my birthday with an ice show, “Tony Conte’s 80th Birthday Celebration on Ice.” Again, Emily was the headliner and Maddy, me and my adult friends skated, while Bobby and and Tesea played the piano.

Fast forward to May 16, 2015, and again we produced an ice show to celebrate my 85th birthday, “Tony Conte’s 85th Birthday Celebration on Ice.” This show featured performances by me; Sara and Emily Hughes, and their nieces Alex and Charlotte; Maddy; my granddaughter Jesse Berman; former Senior National skater Diane Graser-Berman; Mayumi Yamamoto; two adult skaters who have competed at Adult Nationals; and young, competitive skater Rachel Breidbart. Tesea was the announcer and Bobby sang the National Anthem and “My Way,” the closing number of the show. It was a wonderful event and made my 85th birthday a very special day for me.

Since I put on a pair of skates at the age of 67, a whole new world has opened up for me — new friends, a passion for the sport … sort of a senior citizen renewal and passion that I find rewarding and enjoyable!

At the end of the show, all the skaters took to the ice and we each performed “Time to Say Goodbye.” I thanked the skaters and the audience and left them with a final thought — “Always Follow Your Dreams!”

Tony, skating to “My Way”